THE RELEVANCE OF SPANISH MARITIME TRANSPORT

In an increasingly globalised world, where large multinational companies sell their products to dozens of countries and with the gradual transfer of its production centres to countries with lower costs, transport —and as a corollary, maritime transport— has become one of the main aspects and concerns of countries and businesses in order to compete in the global economy.

THE CURRENT STATE OF MARITIME TRANSPORT IN SPAIN 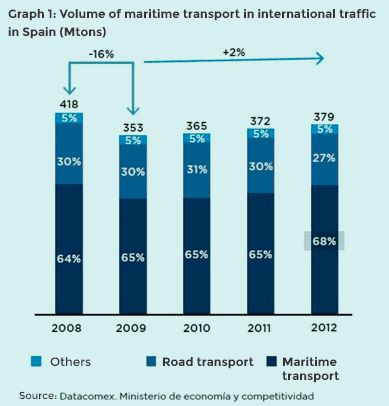 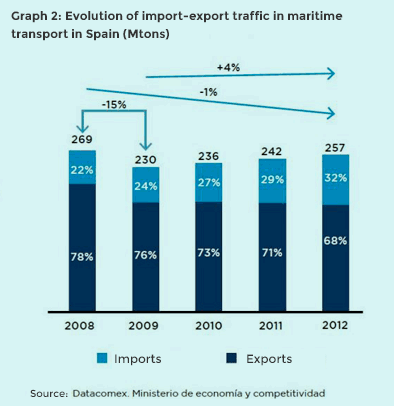 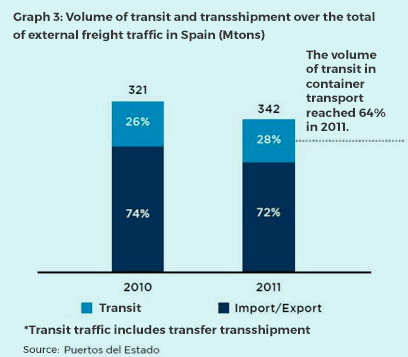 Spain has 46 ports of general interest, of which 55% are found on the Mediterranean, 27% on the Cantabrian coast, and the remaining 8% in the Canary Islands. 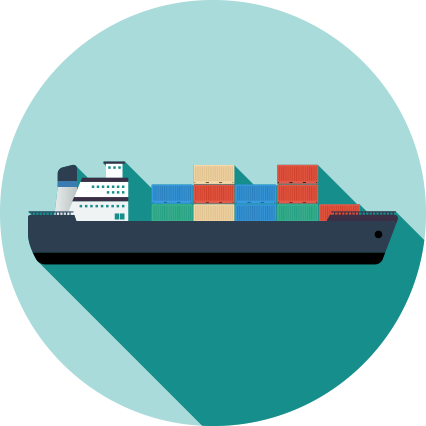 The choice of one port over another is key for import-export traffic and for transit traffic due to different factors, among which are: the port’s geographic location, the costs associated with port operations, and the quality and level of the service offered.

Competitiveness is important in import-export traffic. Multinational companies, such as car manufacturers, steelworks companies, etc. decide on their location based on their cost structure, in which the transport of products is an important consideration.

The greatest competition in international freight trafficbetween countries is found in transit traffic, which means attracting freight whose entry into the country will not be to the port in question, but instead, the port will only be an intermediate stopover, for another ship to finally carry the freight to the destination port.

This traffic, representing 28% of the global traffic total and between 55% and 64% of containers in Spain, incurs practicallyno costs in changing ports, which makes it very volatile. For this reason, the efficiency and quality of the service are key, with not only the cost of the service but also the cost and time associated with the ship’s stay in port key aspects to bear in mind.

The competitiveness of maritime transport is thus a key factor for domestic companies that export its products and for foreign companies that decide to set up their production centres in our country.

SETUP OF THE SPANISH PORT SYSTEM

The Spanish port system is made up of 46 ports that are managed by 28 Port Authorities, whose coordination and control of efficiency the public institution Puertos del Estado is responsible for.

The management of ports of general interest is done under the so-called ‘landlord’ model, where the PA is merely a port infrastructure and land provider, regulating use of this public domain and ensuring availability and quality in the provision of different port services. These services are mainly provided by private operators under an authorisation or concession arrangement.

The Boards of Directors of the PAs are the government bodies which make the decisions for the ports. These are composed of 80% public officials and only approximately 20% of the seats are available to private investors, always upon election by the rest of the Board. The PAs are funded through the fees paid by the private companies that carry out its economic activity in the public port domain as companies providing services. 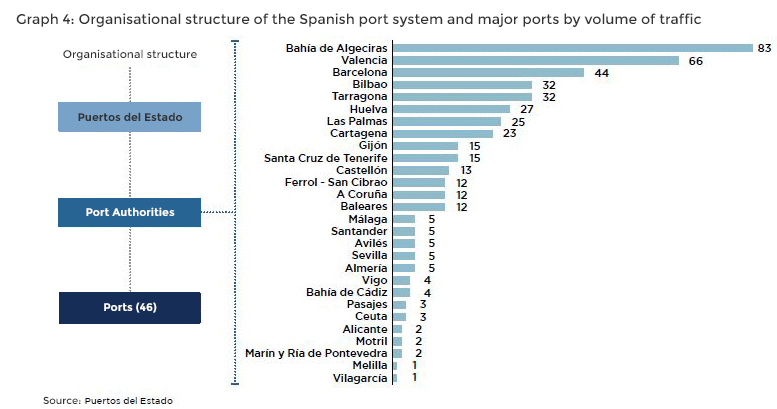 Several types of fees are applicable: